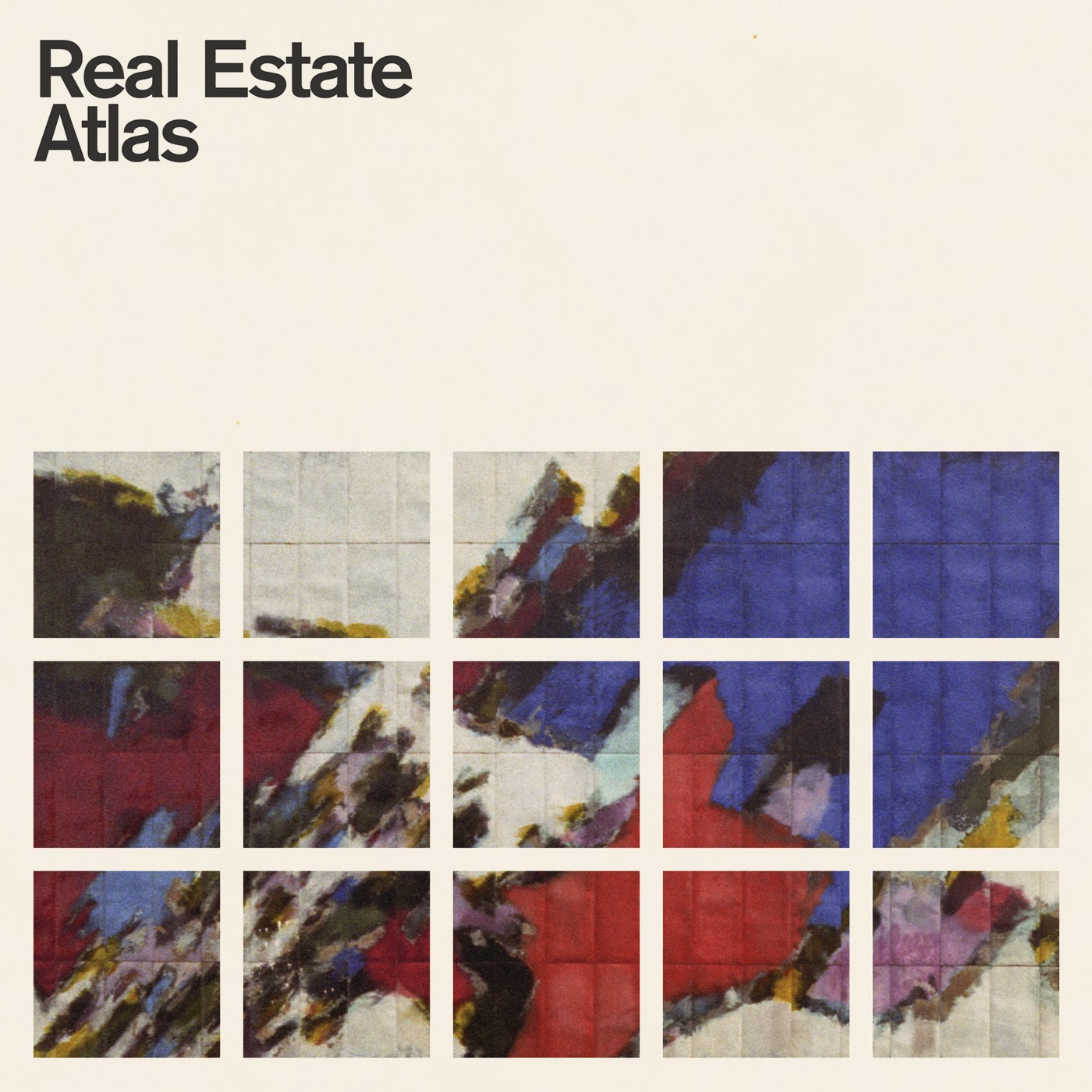 Real Estate’s latest effort has thus far received mixed reviews. It’s diversion away from the effortless, carefree feeling of Days (their previous release) is seen by some as a let-down, a failure to keep ‘riding the wave’, to maintain the strolling-on-a-sunny-day vibe that plays such an integral part in the Real Estate image. But others (myself included) see Atlas as a development, a step in a new direction for the band. You can imagine that if Real Estate were to keep releasing completely sun-kissed records like Days, that make us ready to just contently doze off in the heat, this formula would grow tiring pretty quickly. Moving on from this homogenous surfy vibe, the reason behind so much of the band’s initial success, to something more concrete feels like a brave move for the group.

Of course Atlas carries many of the traits found in Days; easy-going chord sequences, whistle-able riffs, and as many doo-doo-doo moments as it’s sonically possible to squeeze onto a record. But the new songs feel more well-rounded, more solid somehow. The familiar but beautifully luxurious chorus-y sound that Real Estate do so well takes centre-stage on numbers like Had to Hear and April’s Song and balances wonderfully with the structure of the songs, rather than overpowering them. The strolling-in-the-sun moments are still there with tunes like The Bend and Primitive, but again exist as structurally independent, rather than forming a giant sunny, vibe-y entity that essentially was Days.

This I suppose is the main difference between the two records. Whilst Days was happy to exist as a surfy blob with interchangeable songs, whose end goal was to create a generally positive feeling of sun-drenched happiness, Atlas shoots at something different. It’s an attempt at a record where each song is a unique article, existing justifiably in its own right, without others around it existing necessarily to carry its meaning. Whether this method of album structure is better or worse is hard to say, but it can’t be denied that this move is, at the very least, excitingly progressive.

To me, Atlas feels like a success. It’s an album of catchy uplifting songs that without doubt works best when served warm. If you’ve not listened to it yet, I encourage you to do so, it’ll be a lovely accompaniment to your summer. As to whether it’s better or worse than its predecessor, it’s a hard call to make. Both Atlas and Days are wonderful albums that leave you feeling brilliantly upbeat and prepped for a day of Frisbee-throwing and beer-consumption. But still, which is best, which is best?! Just listen to some Real Estate — afterwards, you won’t care, and you’ll probably end up buying both anyway.